The Gestroyer was his name, not destroyer, but, according to then 3 year old Charlie the Gestroyer. To the rest of the world his name was Coleman. Charlie would work so hard at building a tower of blocks. “Look what I built…” CRASH!! Knocked down by the Gestroyer. “Check out my Lego tower…” CRASH!! Another one taken out by the Gestroyer. Well, little sweet-faced Josephine Marie has happily taken over this role. Just like her big brother, she’ll charm you with those big brown eyes and a sly smile and before you know it, CRASH!! Gestroyer 2 hits again. 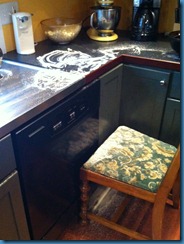 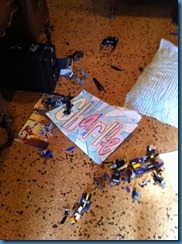 Hit #2 – Charlie’s room. Legos were once in forms of little ships and cars. CRASH!! That was before Gestroyer 2 took them all down in one fell swoop. The Gestroyer 2 has had a pretty packed morning.