I looked forward to going to the farmer’s market and experiencing how the locals shop. Not all of us went, just Edmund, Coleman, Judah, Josie, and myself, being led by Charles, of course. There were all the vegetables and fruits that I’m used to seeing, and then some. Probably the most fascinating was all the seafood and meat.

To say the smells were strong would be a serious understatement. There were dead fish, live fish, fish with heads, and some without. At first, the kids were enjoying looking at all the amazing sea creatures, especially the huge squid that were having the ink squeezed and washed out of them. But then there were those whole chickens again, all lined up in a row with their heads hanging over the edge of the tables. Men were chopping up the chickens on a block of wood behind the tables. Chopped to order.

Next was the beef. Every part of the cow you could imagine was displayed for the customers to pick through. Coleman pointed out the cow’s head that seemed to be staring us down from the back of one of the trucks. I think Judah’s head was beginning to spin.

A nice woman was cutting up what looked like some sort of rainbow gelatin dessert. She kindly offered a piece to each of the kids to try. Josie couldn’t refuse the beautiful colors, so she lead each one of them over to give it a try. I didn’t try it myself, but by the looks on their faces, it was not what they had expected.

It was getting warmer, smells were getting stronger, Judah’s stomach was getting weaker. Did I mention the motorcycles driving through the middle of the market? Judah thought he was going to be sick, so it was clear our “hanging with the locals at the market” was over. 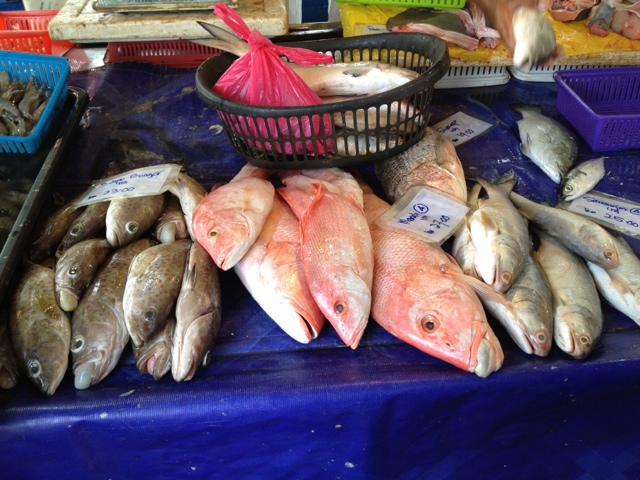 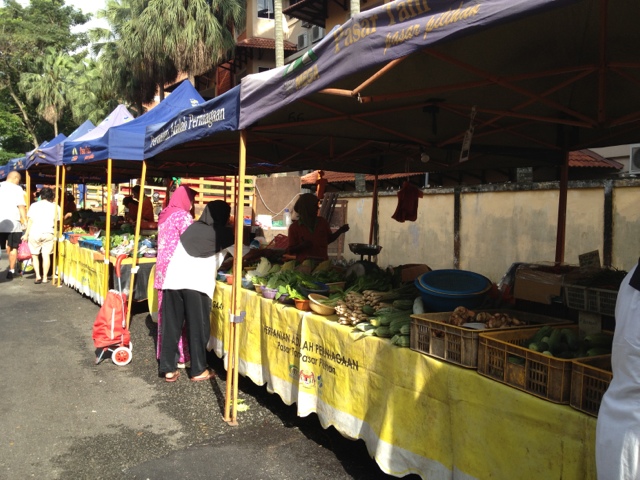 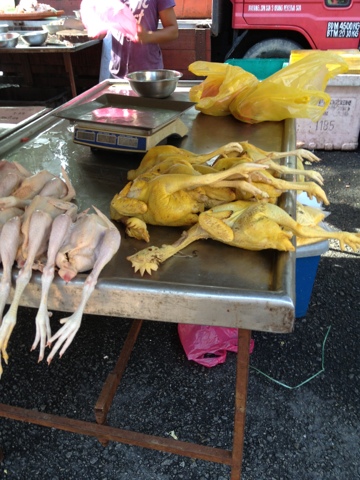