Remember way back to three weeks ago when I wrote about kids growing up and the terror I felt every time I watched Coleman drive away in his truck? The biggest fear I had was getting a call that he had been in an accident. I hated the feeling of not having control of where he was or what might happen to him; the fear of the unknown. Turns out the big thing I feared came to pass, only a couple of months into him getting his drivers license.

Less than ten minutes after he left to head to a church small group meeting, he called me near tears saying that he’d been in a bad accident on the freeway, something about hitting a pole and knocking it down. My heart immediately raced as I could hear the fear in his shaky voice. He said he was okay, someone had already called 911, and the police were there. I dropped everything and got in the car to go to my baby. Josie was with me so I was forced to not let myself panic. We prayed and I called Andy to tell him. At least he was able to call me, rather than a police officer telling me my son was seriously injured, or worse.

As soon as I turned onto the onramp to get on I-5 I saw the flashing lights and halted traffic. Fire trucks, police cars, ambulances, lights, fear, worry. In the distance I could barely see his truck stuck in some trees on the other side of a ditch next to the freeway, but I couldn’t see him. I just needed to see him, to hug him and assure him that no matter what had happened, it would be okay; we would be okay. That’s my job. The police wouldn’t let me go to him since there was an electrical line down and they needed to make sure it was safe. So there I sat, sitting, waiting, completely helpless, and still unable to see him.

After waiting for what felt like forever, I couldn’t wait any longer and got out of the car to find him. The gravity of the accident faded into the background as I wrapped my arms around my boy. He was standing, he was whole, he was alive. We would deal with everything else later.

The night ended with an ER visit, CT scans, x-rays, bloodwork, and doctors completely bewildered that Coleman’s only injuries were a cut on his knee, a chipped tooth, and soreness in his back. All the test results came back normal. He was going to be okay. There was no logical explanation based on his speed (55mph) and the impact on his old truck with no airbags. We were given a miracle and a second chance.

Coleman explained what had happened earlier. He had started to change lanes to get on the freeway, but noticed a car in the next lane. He swerved to avoid hitting it and lost control of his truck causing him to go off the road, hitting a light pole which fell on another car and totaled it. He then hit a ditch and landed in some trees, which stopped him from hitting a concrete wall. There are so many what ifs and if he would have been just a few feet over, then ….. Or if the pole would have come down only slightly different, it could have seriously injured the woman driving that car; or worse, resulted in a fatality.

It could have been so much worse, but it wasn’t. It was awful and scary, but everyone’s still alive. We’ve had several second chances in our family now; Josie’s fall out of the tree, Andy’s heart disease that was caught just in time, Coleman’s accident. These have all been terrifying in the moment and in the aftermath of each one I have had to face the ugliness of fear and anxiety. I have to continually remind myself that I am not in control, but God and God alone. I do my best to release my grip on the people I love more than anything. I have to force words of gratitude from my lips rather than words of panic. But I can’t help that the words “be careful” come out every single time Coleman leaves my presence. 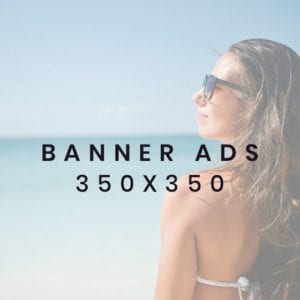