I have decided that an entire post should be dedicated to food. After all, food is a big part of culture, and lets be honest, I love eating.

I couldn’t begin to name all the dishes I have tried on this trip. I can’t say them, let alone spell them. We have eaten mostly Chinese, Indian, some Malaysian, and today, Arabic. I didn’t know Arabic was a kind of food, but since the Lebanese man serving us called it Arabic food, I’m going to go with it. There were a couple of trips to McDonald’s thrown in there, but I like to pretend those didn’t happen.

Chinese food here is nothing like the Chinese food I have eaten in America. I’ve had mostly chicken and rice, and some noodles. My favorite so far was a fried noodle dish from a little stand at a night market. When we first arrived, I had some hesitation about eating at those kinds of places, but after ten days, I’m invincible, or so I like to think.

The Indian food has been delicious also, with different varieties of curry, vegetable dishes, naan, and a couple more kinds of bread that I can’t remember the names of.

The Arabic restaurant today was a feast of rice with several different sauces, lamb, chicken, hummus, olives, and fruit juices. It was probably one of my favorite meals since we’ve been here.

Sarah and I keep telling each other, “We should make this food at home. It can’t be that hard.” We find it amusing, anyway. 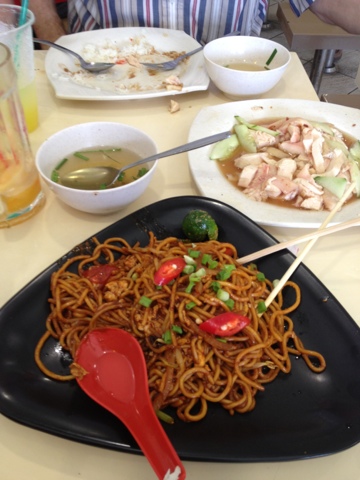 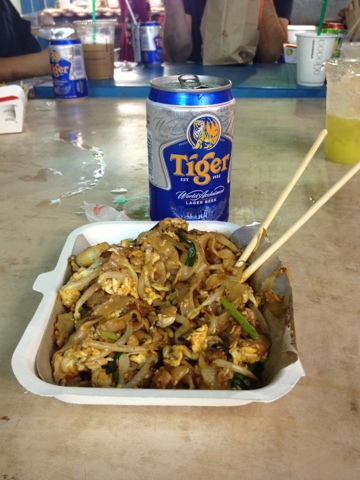 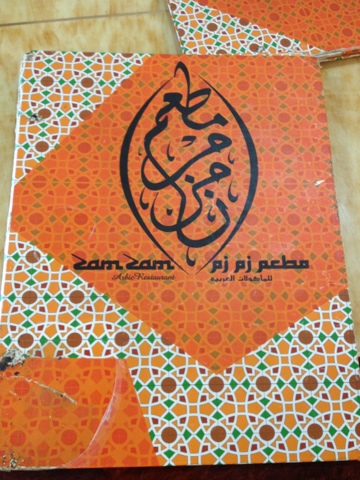 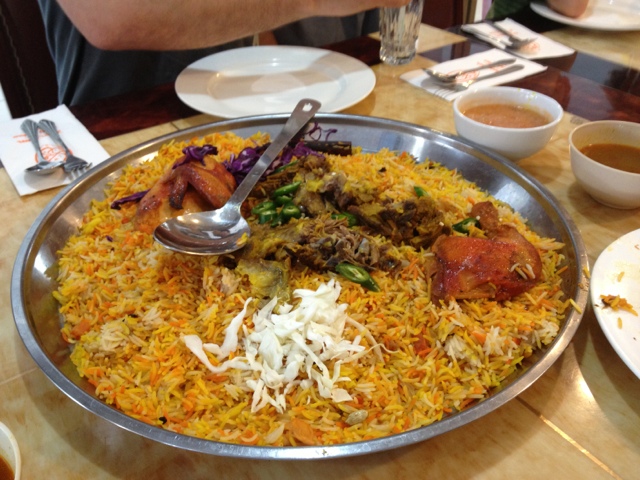 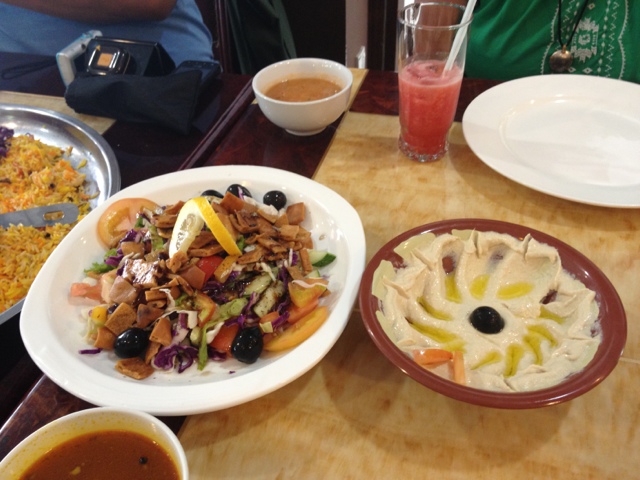